Home Lifestyle & Health 9 Drinks You Have To Try While Traveling 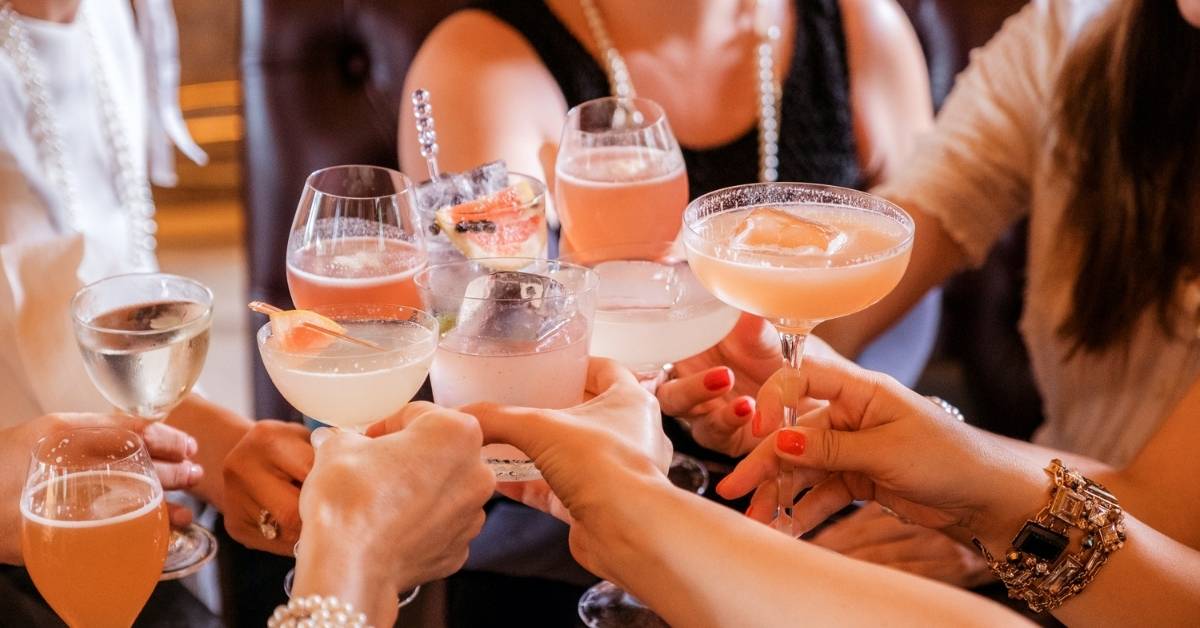 Some drinks are famous all over the world. Depending upon where you are travelling, you too could experience a famous drink. If you love authenticity, then it is a good idea to go to the place where the drink that you are interested in was originally made, so that you can try the real thing, and not a knock-off. With that said, some famous drinks are reproduced all over the world, so you don’t necessarily have to do this. If you are travelling in a country where a famous drink is brewed, then there’s no reason not to give it a try.

Whiskey is Scotland’s national drink. Scotch whiskey is a type that originates in Scotland. If you are travelling in Scotland (or are just really passionate about whiskey), then there are thousands of breweries and distilleries that you can take tours of. With that said, you don’t have to visit Scotland to taste the nation’s favourite drink—you can order it straight to your house. Whether it’s scotch whisky at Loch Lomond Whiskies or another brand, you can order it to your front door. If you do happen to be in Scotland, though, be sure to take a tour of one of the nation’s distilleries. If you love whisky, it will be a very fun experience.

Champagne is technically only champagne if it’s made in France’s Champagne wine region. Champagne is one of the world’s most iconic drinks. Every year, hundreds of companies market and advertise their products as ‘champagne’ when in reality it is just sparkling white wine. If you are in France or are travelling Europe, then why not visit the Champagne region and one of the area’s wineries? You can take a tour of one, see how the champagne is made, visit the grape fields, and then head off to explore other parts of France. Like whisky, you can order champagne to your house, but the experience of trying it in its place of origin is second to none.

The piña colada is an extremely popular cocktail which can be found in bars and restaurants all over the world. The drink originated in Puerto Rico, which is where you should go if you want to try an authentic one. There are a lot of imitators, but nothing compares to an original Puerto Rican piña colada. The cocktail is served in many of the nation’s bars. If you are in the area, then be sure to try the food, also. Puerto Rican cuisine is absolutely delicious. Puerto Rico is a beautiful country that’s great to travel to. It is very popular with American travellers, because of its close proximity to the United States.

If you are visiting Puerto Rico, then why not do a little island hopping and make your way over to Cuba so that you can try an authentic mojito? Just like the piña colada, mojitos can be found in bars all around the world and are adored by cocktail fans. Havana is Cuba’s capital city and is one of the best places in the world to drink a mojito. As with Puerto Rico, Cuba’s food is amazing, so be sure to try that out while you are travelling there.

The margarita is a drink that’s from Mexico, although nobody knows who made it, or where in Mexico it actually came from. As with the other cocktails on this list, the Margarita is immensely popular, in Mexico and outside of it. You can find this drink sold in more or less every Mexican bar, especially in the nation’s capital, Mexico City, where it’s common to see people lining the city’s boulevards drinking it outside of restaurants and cafés on summer evenings. Despite being sold everywhere in the world, there’s nothing that compares to an authentic Mexican margarita.

The Brazilian mojito (also known as the caipirinha) is Brazil’s most popular cocktail, made from a rum-like liquor. The drink is made with limes rather than mint, which is where it differs from the mojito. The drink is very good for you because it is extraordinarily high in vitamin C. In fact, during the Spanish flu outbreak, it was believed that the Brazilian mojito was actually a cure. People now believe that was because of the drink’s high vitamin C content. No matter where you are in Brazil, you will be able to find this drink. It’s especially popular on the beaches of São Paulo, where vendors will walk up to you and sell you the drink on the spot, which they have brewed up at home.

If you happen to be in Bermuda, then give the rum swizzle a try. This drink is one of the nation’s most famous (and can be found in bars outside of Bermuda, too). It is believed that the drink was first thought up around 1900 by the proprietors of Bermuda’s oldest bar, The Swizzle Inn. If you are in Bermuda and want to try this drink, then you should go to this bar for an ultra-authentic experience. What’s better than trying a cocktail in the actual bar that was first created over a century ago?

If you are in Italy, then you need to try the Aperol Spritz. This drink has won over the hearts and minds of cocktail drinkers from all over the world. The drink is not particularly strong either, which makes it great for people who don’t want to get too carried away, as it is easy to do with cocktails.

If you happen to be a few countries over in Spain, then why not try sangria? Sangria is a drink that has been consumed in Spain since at least the Middle Ages because at that time water was unsafe to drink, so sangria was consumed instead. The drink can be purchased everywhere in Spain.

If you are a traveller, then be sure to sample the drinks outlined here when you arrive in the nations where they were first made in. A drink that’s sold in its nation of origin will always have a lot more effort put into it than one that’s sold outside of it, purely because the locals will naturally be proud of the drink, and will put a lot more effort into making it.

Finding the Best Products Is Now Easier than Ever! Here is how!

6 Things to Do With Your Old Man

Post-travel muscle tension? 4 tips to help you ease up

Dehydrated skin: what it is and why you need to fix it

Herbal Tea To Get Relief From Stress

This website uses cookies to improve your experience while you navigate through the website. Out of these cookies, the cookies that are categorized as necessary are stored on your browser as they are essential for the working of basic functionalities of the website. We also use third-party cookies that help us analyze and understand how you use this website. These cookies will be stored in your browser only with your consent. You also have the option to opt-out of these cookies. But opting out of some of these cookies may have an effect on your browsing experience.
Necessary Always Enabled
Necessary cookies are absolutely essential for the website to function properly. This category only includes cookies that ensures basic functionalities and security features of the website. These cookies do not store any personal information.
Non-necessary
Any cookies that may not be particularly necessary for the website to function and is used specifically to collect user personal data via analytics, ads, other embedded contents are termed as non-necessary cookies. It is mandatory to procure user consent prior to running these cookies on your website.
SAVE & ACCEPT
Are you looking to Sell Marriott Timeshare to vacation minded travellers? If you sell Worldmark timeshare are there more opportunities to travel around the country?  Work with a timeshare broker to understand timeshare resale and see the opportunity this time of vacationing offers.