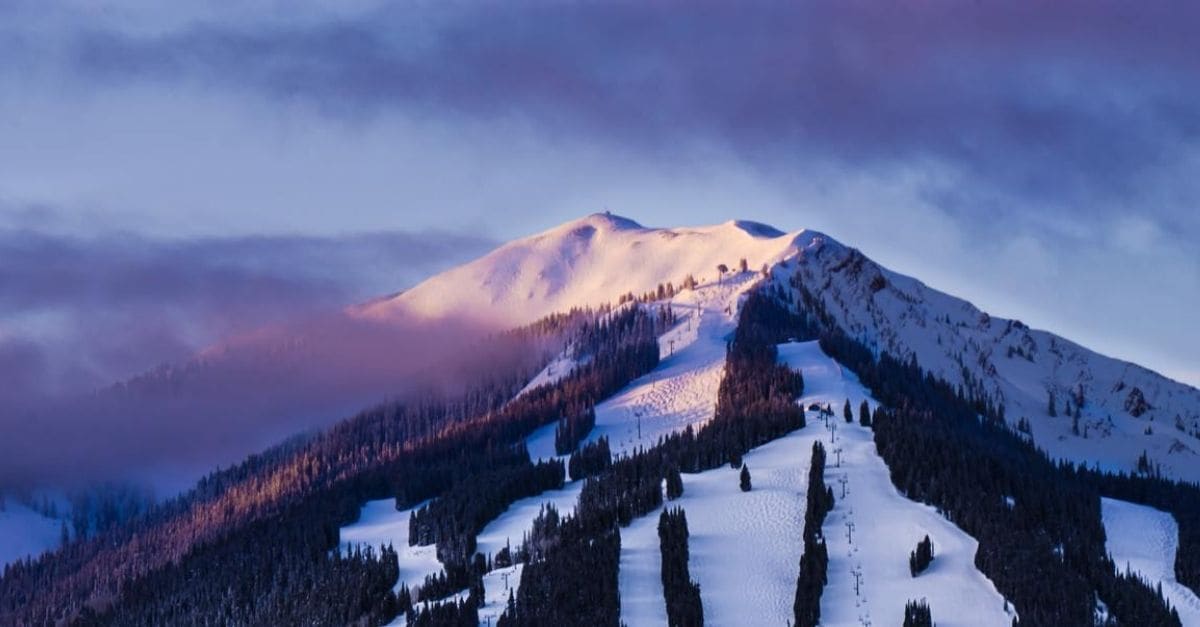 There is an abundance of ski resorts dotted across the globe, with many found in Europe, the US and beyond. If you’re a snow-lover and looking for an upgrade to your usual skiing holiday, why not opt for a more luxurious resort? At a luxury ski resort, you can ride down perfectly maintained slopes, dine in five star restaurants and probably spot a celebrity or two.

With a fresh layer of snow beginning to fall in many of the luxury resorts across the world, it’s never been a better time to hit the slopes. If you’re looking to reward yourself by staying at a first-class ski resort with lots of relaxation and privacy after a hard day on the piste, take a look at the following luxury resorts you can choose from! And if you’re looking for a good price for your stay, you can find a deal on luxury ski holidays with Esquiades.com.

Lech is a favourite skiing resort of both celebrities and royal families alike. In fact, it’s believed that Princess Diana took William and Harry on their first ski trip here in 1991! Lech is full of traditional Austrian charm as well as plenty of five-star comforts and amenities. It’s considered to be one of the more private resorts in Austria, due to it being the first European resort to limit a maximum of 14,000 passes per day. You don’t have to worry about overcrowding here!

One of the more luxurious hotels in this resort is Hotel Almhof Schneider, which is situated at the foot of the Schlegelkopf mountain. It’s a grand hotel that offers the ease of doorstep skiing. After you’ve finished spending all day on the piste, you can relax in the hotel with its own resident masseuse. Pick between a Tibetan massage, reflexology or hot stone therapy to soothe your aching muscles.

If you’ve never heard of Aspen, then where have you been? This resort is probably the first that comes to mind when you think of luxury skiing. Not only is it one of the most popular skiing destinations in the world, but it’s also renowned for serving Hollywood’s elite such as Justin Bieber, Katy Perry, Uma Thurman and the Kardashians.

Aspen is essentially made up of four skiing areas; Aspen Mountain, Aspen Highlands, Buttermilk and Snowmass. Collectively, these areas cover over 5,000 acres with 336 skit trails and 43 lifts. With so many celebrity fans, Aspen also has a vast collection of luxury hotels that allows its guests to relax like royalty. One of the most popular is the St Regis Aspen Resort where at 4.45 pm every day, guests gather for a daily champagne ritual to celebrate the transition from day into night.

The Americans have Aspen, and Europe has St Moritz. Here, it’s completely normal to see skiers decked out in designer gear as if they’ve just stepped off the fashion runway. St Moritz had plenty of history behind it, as it was the first all-round winter sports resort in the world! But this has also given it plenty of time to perfect the luxury ski experience before anyone else! Not only has the resort welcomed celebrities and business tycoons since 1864, but presidents and royalty too!

This resort isn’t just for skiers though! Whatever winter sport you’re after, it’s likely you’ll find it at St Moritz. Alpine skiing, night skiing, cross-country skiing, freeride snowboarding, ski jumping, ice climbing, ice golf, polo on ice, horse racing on ice, cricket on ice, ice hockey and curling are just some of the pastimes you can experience here. As for accommodation, Kulum Hotel St Moritz, Carlton Hotel St Moritz and Badrutt’s Palace Hotel are just some of the more luxurious hotels on offer.

Courchevel is made up of villages, with La Praz1300, Village 1550, Moriond 1650, and Courchevel 1850 being the most populated. If you’re wondering what the numbers refer to, they represent the altitude of the town in metres. Courchevel 1850 is the most famous and largest village with plenty of north-facing slopes offering runs for skiers of every skill level.

These quaint French villages are renowned for luxury. Courchevel 1850 has fifteen five-star hotels and seven Michelin-star restaurants that serve some of the globe’s wealthiest people. One of the best ski-in ski-out experiences in the area is at the hotel Cheval Blanc. If you’re willing to splash out, you can book the swanky penthouse apartment that gives you panoramic views of the resort and lavish living. After a day on the slopes, you can enjoy a fine meal at Le 1947, the first three Michelin-starred restaurants in the resort.

You may not associate Japan with skiing, but this region of the country is well-known for the light, dry snow that blankets the resort from late November to early May each year. As a result, there are a plethora of five-star hotels on offer for skiers to choose from. However, don’t check yourself into one of them. If you want a taste of Japanese culture, opt for a stay in a Ryokan, which is a traditional Japanese inn.

A popular choice is Zaborin Ryokan, a hot spring resort that combines modern comforts with the philosophy of Zen. Each of the 15 villas has an indoor and outdoor hot spring bath filled with volcanic water. Compared with some of the other hotels mentioned earlier, this resort is significantly cheaper, averaging about £1,100 a night.

Best Things to do with Kids in Dubai