Home Europe Touring Budapest – The essentials you need to know 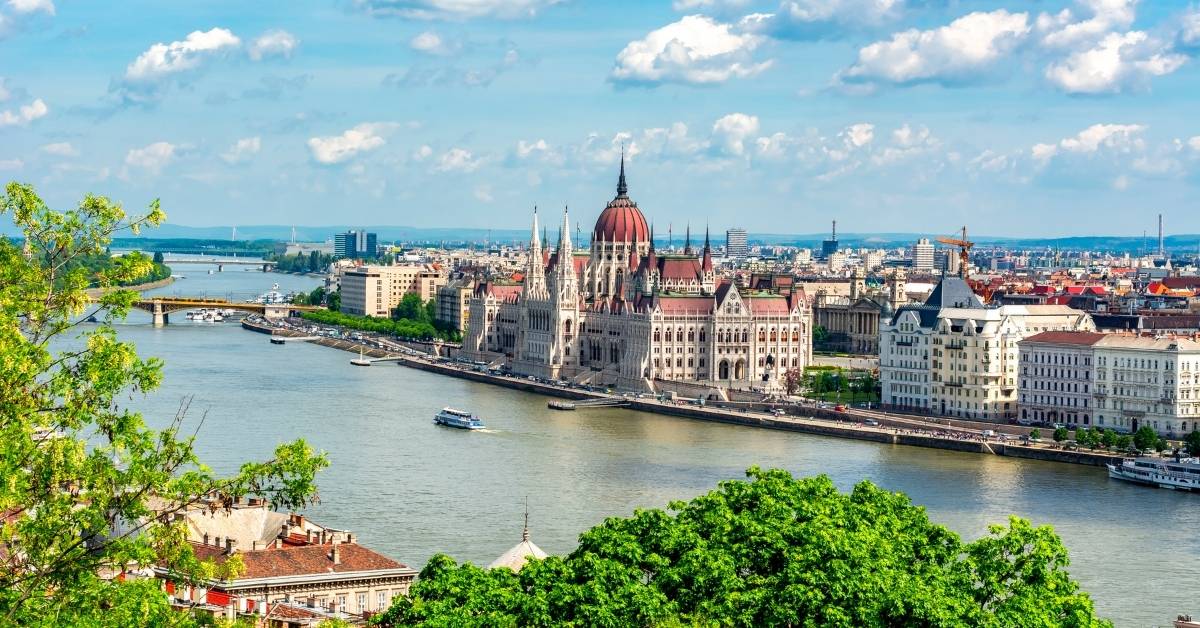 Budapest, Hungary is a beautiful and unique little city in Eastern Europe. It is a city rich with culture and history, great food, and possibly the best nightlife you can possibly find. There are a lot of things to see in Budapest, but as the city is quite small, it is very easy to get through everything in a short visit.

I always say that the most magical thing you can do is walk around at night. During the day, you can visit all the tourist attractions, but save the nighttime for touring the city on foot. Simply walking along the Danube river and crossing the bridges while watching the city sparkle with lights it’s enough to make you fall in love with Budapest.

Here’s a list of the top five tourist attractions in the city that you absolutely should not miss while visiting.

The Hungarian parliament is the largest building in Hungary. It is also the third-largest parliament building in the world! It was built in 1902 in the neo-gothic style and it is located right on the Danube River. It is probably the most notable and iconic building in Budapest.

Apart from impressive architecture, the building was also an engineering marvel at the time of its construction, for instance, a special system was designed to cool the building during hot summers. This was done via a big ice cube that was placed in the basement of the building every day allowing cool air to flow through a highly complex ventilation system.

Tourism is huge in Budapest and according to Lensa, it’s one of the top self-employed jobs in the world. So it’s no surprise that you can visit the Parliament with an organized tour and admire its impressive dome housing an over 900-year-old crown and learn more about the detailed architecture of this impressive building.

You are also free to visit the building from the outside by yourself, with your family, or with your friends. It is not gated so you can walk around it and marvel at its size and beautiful architecture whenever you’d like.

The Jewish quarter is the innermost part of District 7. It was here that Jewish people started settling down in the late 18th century. During WWII, The Jewish corner turn into a ghetto, where thousands of Jewish people died of famine and starvation due to the city crawling with Nazis and Hungarian Fascists.

Today, the Jewish Quarter is the epicenter of both Hungarian and Jewish culture housing many of Budapest’s best bars, pubs, cafés, and restaurants. Make sure you have the relevant ID which you can find from this website here. It has everything, from Michelin star restaurants to super cheap dive bars. This place offers the best food in the city, as well as the best parties in the city, with most places open until 6 am.

Due to its thriving nightlife, most local teenagers and college students crawl throughout the Jewish District, enjoying the party atmosphere when the sun goes down. Many of the city’s famous “Ruin Pubs” are located here. Ruin pubs are exactly what they sound like, pubs built within ruins. They were first popular in the early 2000s and brought life back into the ruins of the former Jewish Ghetto. Its first pup, “Szimpla Kert” quickly became popular and others were quickly built.

Budapest has numerous thermal springs and bathing in them has been a part of everyday life and culture in the city since the Roman times. During the Turkish occupation, the tradition continued and as a result, Budapest has several incredible baths. It is no surprise then, that Budapest is actually nicknamed the city of spas.

Its most famous one, the Széchényi Fürdő is the largest medicinal bath in all of Europe. It was built in 1913 and draws in thousands of tourists each year. It is a large complex equipped with a total of 21 pools as well as saunas, steam rooms, a full wellness service, aqua fitness, aerobics, and a gym. Entry fees are between $15 and $25 (cheaper for children) depending on the activities you plan on taking part in.

The Széchényi Bath is open all year round, and regardless of the weather, you are free to visit and experience the healing effects of its thermal waters.

Its name comes from a group of fishermen who lived under the wall in what was called the “Fishtown” and defended the castle against invasions. The Fisherman‘s Bastion features seven towers and serves as an extension of the castle itself. It is free to visit at any time throughout all seasons.

Right behind the monument, you will find the impressive and beautifully restored Saint Matthias‘s Church. This church has special historic importance, as it was the location of several prominent coronations for kings and the venue of other important historical events.

After visiting the Fisherman’s Bastion, simply walk over to the Buda Castle. Located on Castle Hill, this is the former Hungarian royal palace. The first castle was built there in the 13th century and the place now houses museums and galleries with the area surrounding the place known as the Castle Quarter.

This place offers a wonderful insight into what life was like in the old days with its well preserved baroque buildings, castle garden bazaar, the medieval fortification, as well as other attractions. The Buda Castle is a UNESCO World Heritage site containing the Hungarian National Gallery, the Castle Museum, and the National Széchényi Library.

Castle Hill is one of the most beautiful culturally and architecturally rich places you can visit in Budapest. While it is beautiful during the day, it becomes magnificent after the sun goes down, as all the lights both on Castle Hill as well as the lights in the city it’s overlooking turn on. It truly is a wonder to walk around this area, so don’t miss it!

Malta: The magical island of the knights

The best Mykonos places to stay with the family

Catalonia welcomes visitors from the UK once again

The Best Family Trip to Berlin

This website uses cookies to improve your experience while you navigate through the website. Out of these cookies, the cookies that are categorized as necessary are stored on your browser as they are essential for the working of basic functionalities of the website. We also use third-party cookies that help us analyze and understand how you use this website. These cookies will be stored in your browser only with your consent. You also have the option to opt-out of these cookies. But opting out of some of these cookies may have an effect on your browsing experience.
Necessary Always Enabled
Necessary cookies are absolutely essential for the website to function properly. This category only includes cookies that ensures basic functionalities and security features of the website. These cookies do not store any personal information.
Non-necessary
Any cookies that may not be particularly necessary for the website to function and is used specifically to collect user personal data via analytics, ads, other embedded contents are termed as non-necessary cookies. It is mandatory to procure user consent prior to running these cookies on your website.
SAVE & ACCEPT
Are you looking to Sell Marriott Timeshare to vacation minded travellers? If you sell Worldmark timeshare are there more opportunities to travel around the country?  Work with a timeshare broker to understand timeshare resale and see the opportunity this time of vacationing offers.